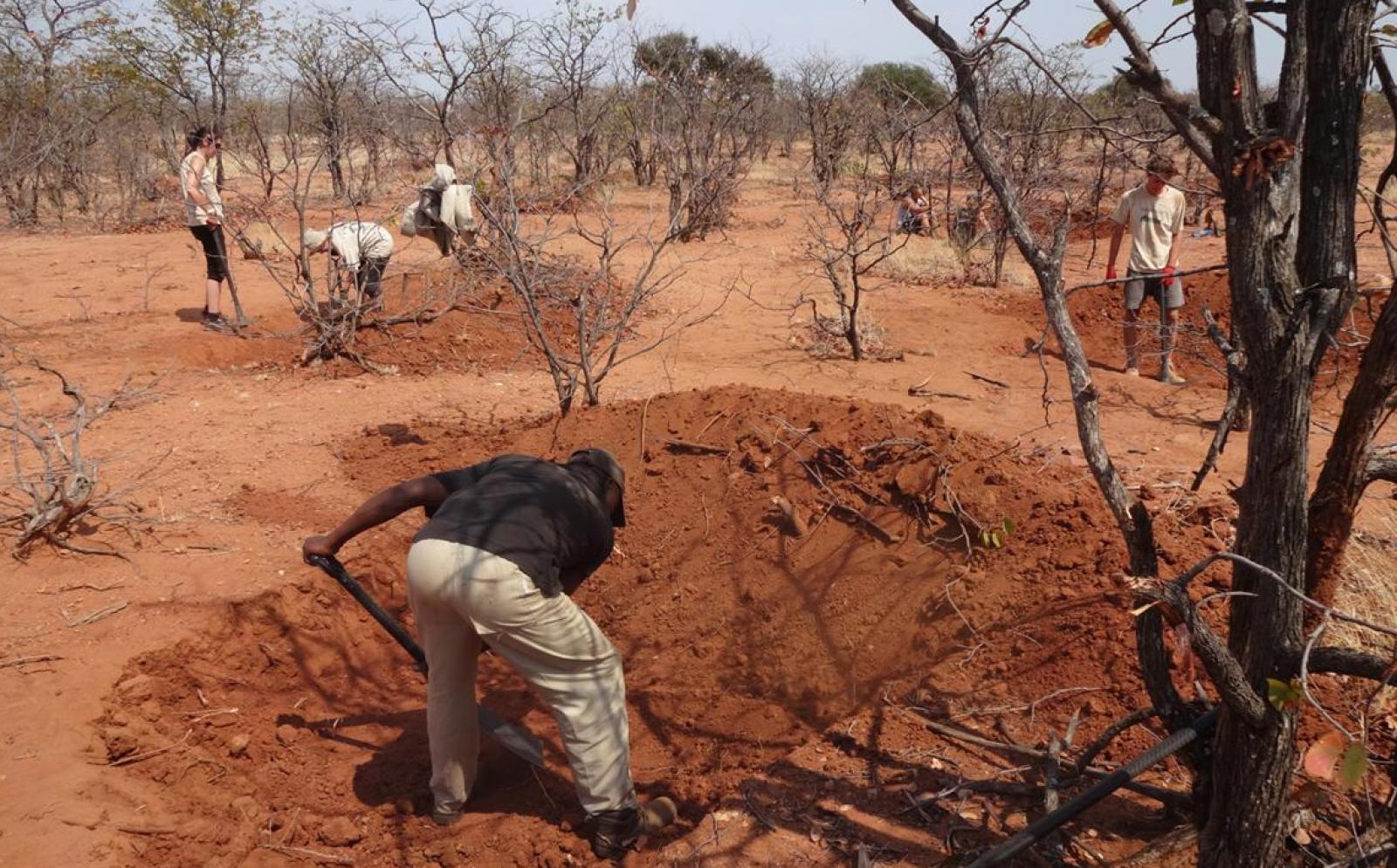 I decided on the Conservation project in South Africa/Botswana because the idea of working in such a secluded and animal-orientated environment was a very exciting prospect for me. I was very nervous before I embarked on my trip, and found myself at 3am the day before I left at a complete loss as to what to pack (handy tip: a good torch became my most valuable possession).

This nervousness increased mid-12 hour plane journey to Johannesburg when it fully dawned on me that I was going to the middle of nowhere without anyone I knew for four weeks. After a small plane ride to Polokwane I awkwardly introduced myself to the 7 other new volunteers at the airport and we began the long and bumpy trip to camp.

Welcome to the Bush!

The first couple days at the Motswiri camp were a slight adjustment. The early starts, sleeping in a tent and showering with a bucket to name just a few! However the moment I knew that I had made the right decision was on my second day when we went for a game drive and found ourselves surrounded by a herd of 56 elephants on their way to a watering hole, something I am sure to never forget, and quite the welcome!

Over the course of my four weeks we took part in a variety of different activities including fence removal, road creation, erosion control, rubbish removal, road clearing, spoor ID and many different census’. Each week ended with a very welcome Sunday lie in! It would be fair to say that this project provides you with quite a bit of manual work to do, but it also provides an equal amount of incredible knowledge from all the different people that you get to work with.

Some of my favourite moments of the trip came from stories and information given by the camp managers (Jo, Elsa, Sophia and Jens) and reserve owners (Helena and Judy).

Some of the best Bush experiences I had were during our various sleep outs, where we would bring our sleeping bags out by the fire or to a hide and try and see nocturnal animals. Sleeping out by the fire was amazing, not only because of the insane amount of stars we could see but because we could hear the noises of so many animals surrounding us, including hyenas and elephants (who are extraordinarily noisy) it was amazing!

Due to the huge variety of things we got to do on this project it’s hard to pinpoint my favourite moments! I can easily say that I got my fair share of incredible wildlife interaction. Captain, a huge male elephant, otherwise known as the camp troublemaker, graced us with his presence on numerous occasions; not only kindly drinking all our bathroom water but also continuously pulling down my towel from where it was drying on the clothes wire.

One of the most memorable moments came with a very close interaction with Captain outside our tent, something I will never forget due to the ridiculous beating speed of my heart! Another wildlife moment I am sure to remember forever is waking up late at night to hear a very noisy hyena bathing in the birdbath just a few metres away from our tent, we watched her for a very long time!

We were also lucky enough to have a day trip to a different reserve, a few hours away from our own where we saw some rare white rhinos (including a tiny baby!). Some more incredible animal spottings were the times we saw leopards and giraffes (two of my favourite animals).

As well as some of the incredible interactions with wildlife, a lot of my favourite memories from the trip were simply relaxing with the rest of the volunteers. Over my four weeks I met over 30 different people of all ages and nationalities, and I am certain that despite the distance that we all live from each other, I will know a lot of them for a long time!

Some of the best camp activities included playing Cambio (an amazing card game!) or 30 seconds, a game that involved trying to describe the words on a card to your team without using the actual word (something that I excelled at due to the fact that I was one of the only people whose first language was English!). On the breaks we had during the day, when it was too hot to work, we would read, play football, tell stories, play cards or make friendship bracelets and although not hugely exciting, these are some of my most treasured parts of the trip.

On my last weekend, we all took a three-day trip to a town in South Africa where we stayed in a beautiful hotel (with a pool!) and one of my final meals in Africa was when 18 of us went out to a sushi restaurant where we attracted quite a lot of attention due to the big window-less safari jeep’s that we were driving!

Looking back on the first few days of my trip, it seems almost ridiculous that I was so nervous. On my final day at camp, the few of us that were leaving together had breakfast with the rest of the volunteers and then loaded our bags into the truck and prepared to say goodbye!

Despite only being with the group for four weeks I felt overwhelmingly sad to say goodbye not only to the friends I had made but also to the beautiful Botswana that I was beginning to love. It was a fairly teary journey home but I am sure that I will stay in touch will these people for a long time and I will always remember the incredible experience I have had. To anyone reading this who may be on the fence about whether or not to take the risk, do it! I could not recommend it enough. 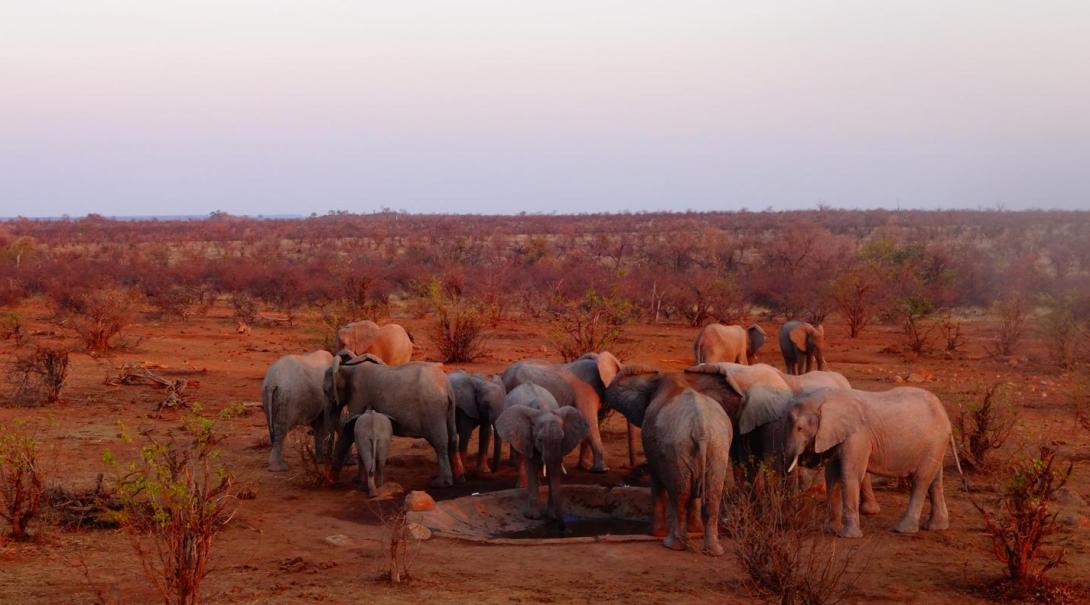 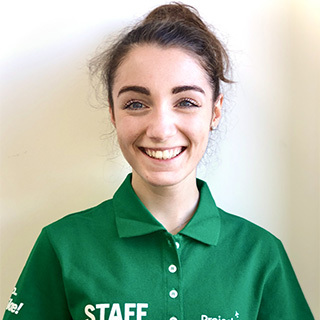